Life is too busy. I continue to hear this from many people and it is especially true for the ones leading organizations. The leader often relays that they are so stuck in the day-to-day management of the business they cannot spend any time on the vision and direction. There are many techniques that help this, and I think one is getting clear on your planning horizon. What time frame should you be spending most of your time thinking about?

You have people for that

Let’s use the founder of the church as an example. Ten years ago he planted the church, and it has grown now to about 1000 people attending services on the weekend. In the beginning, he had to do nearly everything on his own, including dreaming about the long-term future and preparing for next Sunday. That works ok when an organization is very small because there aren’t that many details or moving parts to worry about. It is still a lot to think about and do. Now, he has staff and volunteers helping to run everything, but he is still in contact with each and every detail.

Do you trust people enough to guide and let go? If there are performance issues, then you can coach and train most people to get better over time. However, if there are trust issues where you can’t let go, that is usually a leadership challenge. Think about the worst thing that could (realistically) happen if you let them go on their own? If that risk is acceptable (and it usually is), then practice letting go.

If you have a way to see your planning horizon, the time frame that should consume most of your thinking, then you can communicate effectively to others about your role and theirs.

What most people do as the organization grows and their leadership role expands is shown below. Note how they might be the founding pastor with visionary responsibilities, but they are still operating in the near term.

What I recommend is to shift the planning horizon rather than expand it. We all have to do a little bit of thinking about today and this week so we remember to get up in the morning, attend the staff meeting, or buy groceries. The question is where most of your time is focused at work.

The next time you are too busy to think about the vision and direction of your church, consider drawing out your planning horizon, and do the same for those around you. If there is too much overlap, or you see gaps, then you have work to do so each of you can be working on the right stuff.

When To Renege on Your Commitment

I am a big fan of doing what I said I would do. I consider that to be a sign of trustworthiness and reliability. Interestingly, if you fail to meet your commitment once it is not that big of a deal, but a trend means people discount your word completely.

I think if we start with the attitude of always keeping all the commitments we make, we will all be better off. The keys to being successful at that include

Except When You Should Renege

If keeping all our commitments is a starting point in our thinking, that is great. However, it is not reasonable all the time. So, when should you bail out?

If so, it is time to change your habits about committing in the first place, then go back and evaluate what agreements you can get out of. In my experience, it took about six months before my calendar was markedly different…and it was worth it.

In these days of swirling technology and overall busy-ness, many of us want our lives to be simpler. The Simple mantra is becoming the rallying cry of churches, businesses, families, and individuals. But what does that really mean…”Simple”?

Well, I decided to consult the oracle of Google and I learned Simple is defined as

Don’t we all wish life were that way?

Is it Simple, or just Simplistic?

On the contrary to having a simple, clean, elegant solution to a problem, we often resort to simplistic solutions. By definition, Simplistic is to treat a complex issues and problems as if they were much simpler than they really are. Another thing that caught my eye was a synonym of simplistic… “superficial”. I have recently read a couple books on being simple, like Insanely Simple and Getting Real. Both books celebrate, and even idolize, the goal of being simple.

If you are motivated to create simple solutions or simple processes, you might be tempted to go the simplistic route instead.

Next time you have a desire for Simple, but find yourself cutting corners, feeling fatigued, or ignoring other’s challenges, stop. Stop and listen to their input, take some time to refresh, and design a complete and useful solution. Once a solution is complete, then the Simple will be revealed. 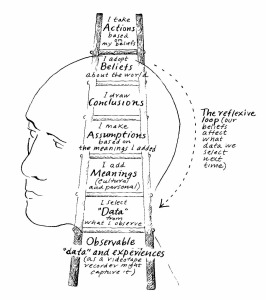 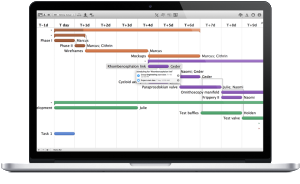 I use OmniPlan for the Mac for my project planning

When we start coaching a new church to implement a change, we make a plan. Usually this is a pretty detailed plan with lots of tasks, dependencies, dates…the whole bit. We often get feedback that this planning process takes too long and they just want to get started. In my mind, planning equals speed. I know that sounds contradictory, but the key is whether you are in a hurry to start, or to finish.

If you are in a hurry to start a project, then planning is indeed a waste and should be ignored. However, let’s first ask what is driving us to be in a hurry. Here are some common reasons that we hear:

None of those hold water in my mind, they are excuses. When exploring a brand new thing nobody has ever done, the plans are a lot more vague and loose. In fact, sometimes projects are entering into such an unknown territory there is no way to make a meaningful plan – so don’t waste a lot of your time. However, if you are motivated by the end of the project, the results part, then planning that project out really increases speed to finish.

How Does Planning Make us Faster?

Below are four key benefits to a solid plan.

Be willing to focus on the outcome you want before starting. Think of that project you are hesitating to start. Make a quick plan… at least enough to get started.